I am angry at Stephen Hawking and after you finish this article, I hope you’ll understand why.   During an interview which was released this past Wednesday, Hawking stated that were he no longer to contribute to society, or if he became a burden, he would consider assisted suicide. There’s a major problem with Hawking making a statement like this…. END_OF_DOCUMENT_TOKEN_TO_BE_REPLACED

As this blog has oft noted,  I’ve been gaming for as long as I can remember. And as I mention in most of my talks about disability and game design, is the issue of the erasure of the disabled experience. From the way that disabilities are handled in stats, to the ways in which disability often doesn’t exist in setting…. END_OF_DOCUMENT_TOKEN_TO_BE_REPLACED

At Nelson Mandela’s memorial, there was a fake Sign Language Interpreter. While dignitaries were addressing the crowd in the 95,000-seat Soccer City stadium, the young, suited man with an official security pass round his neck produced a series of hand signals that experts said meant absolutely nothing. – Reuters I have a lot of questions about this situation – but… END_OF_DOCUMENT_TOKEN_TO_BE_REPLACED

A friend of mine posted about her frustration with the etiquette of coats yesterday. She is able bodied. The women who stick their arms out, waiting for a man to put her coat on her. The expectation of courtesy, when a woman can put on her own coat. And she made the caveat that of course, she leaves the door… END_OF_DOCUMENT_TOKEN_TO_BE_REPLACED

I posted this picture after realizing that it was OK for me to show my eye in my selfie. It got me to thinking about why I was so shy to post it. It got me to wondering what it was that brought the shame back. We all know I’m proud of my eye,  we all know I identify as… END_OF_DOCUMENT_TOKEN_TO_BE_REPLACED 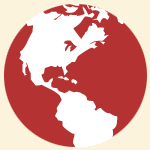 Autism Speaks doesn’t speak for autistics. Real live autistic people and their loved ones have known that for some time. But they may have finally crossed the line with their hateful, fear-mongering, ableist rhetoric. On November 11, AS co-founder Suzanne Wright issued a public statement about the organization’s policy “summit” in Washington DC.  She compares autism to kidnapping and grave… END_OF_DOCUMENT_TOKEN_TO_BE_REPLACED

Two days ago Private Chelsea Manning made a statement that she wished to no longer be called Bradley Manning, and that she wished to go by female pronouns rather than male. In the last two days I have seem more soul sucking coverage which uses the wrong pronouns, the wrong name, and continual excuses for why it is “easier” to… END_OF_DOCUMENT_TOKEN_TO_BE_REPLACED

I started playing Role Playing Games (RPGs) in high school. My gaming group was called Ironlands and we played once a week at a friend’s house, staying up late into the night, rolling dice and drinking vanilla coke. My gaming group was populated by several lesbians, one person who identified as genderqueer, and at one point, a transgendered player. We… END_OF_DOCUMENT_TOKEN_TO_BE_REPLACED

In the aftermath of Steubenville I think we need to have a conversation about what happens going forward for any Jane or John Doe who lives through sexual violence. The word “victim” has been on my newsfeed more than any other, and it is a word which causes me a lot of discomfort. I don’t identify as a victim. I… END_OF_DOCUMENT_TOKEN_TO_BE_REPLACED

When I saw this a few weeks ago, I was appalled. I have so many issues with this image. From the headline, to the image captured of someone clearly in distress. But the biggest issue I have is that we don’t know what she’s gone through. She’s clearly a victim in this. He wanted to kill her too. And the information she… END_OF_DOCUMENT_TOKEN_TO_BE_REPLACED