There’s a phrase going around a lot. People are saying it to make each other feel better, but to me, it’s not making anything better. In fact, it’s making things worse. “We survived Reagan.” My father did not. My father, Michael John Norman, was one of the 388,253 people who died during the initial AIDS epidemic between 1981 and 1995… END_OF_DOCUMENT_TOKEN_TO_BE_REPLACED 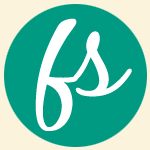 I don’t remember ever being told my father was dying. I must have been too young when I internalized this information. I think I always knew he was sick, and since my dad was an AIDS educator, it wasn’t like I didn’t know what the disease did. It was the 1990s. We were only beginning to knew what AIDS was,… END_OF_DOCUMENT_TOKEN_TO_BE_REPLACED 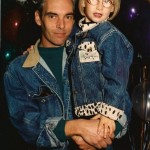 I grew up in a world most people will never see. My childhood was one where I knew about chest tubes, how to use syringes, running jokes about biohazard signs. I learned what sex was at the same time that I learned what death was. I wore plastic gloves more often than any child did in my grade level. My… END_OF_DOCUMENT_TOKEN_TO_BE_REPLACED

Welcome to Uganda, the country where the “Kill the Gays” bill of 2009 will become law as a “Christmas Gift to the population” (according to Speaker Rebecca Kadaga) The bill has been written to allow the death penalty in cases of what is defined in the text as “aggravated homosexuality”. The Offence of Homosexuality will still be punished with life… END_OF_DOCUMENT_TOKEN_TO_BE_REPLACED

Glimpses of Tanya Ransom It isn’t often that I get to see my father perform. Actually, it’s a pretty rare occurrence. I think the last time I saw him perform was when I was seven years old. Maybe 8, I can’t really recall. The point, is that this is very unusual. yesterday I got to watch a video of my… END_OF_DOCUMENT_TOKEN_TO_BE_REPLACED

My father passed away when I was 8 years old, close to Christmas. I miss him. My father was a wonderful father and I am grateful that I had him in my life. When I was a child, fathers day was hurtful. It was a reminder that I didn’t have something other people had. Today, I look at Father’s Day… END_OF_DOCUMENT_TOKEN_TO_BE_REPLACED