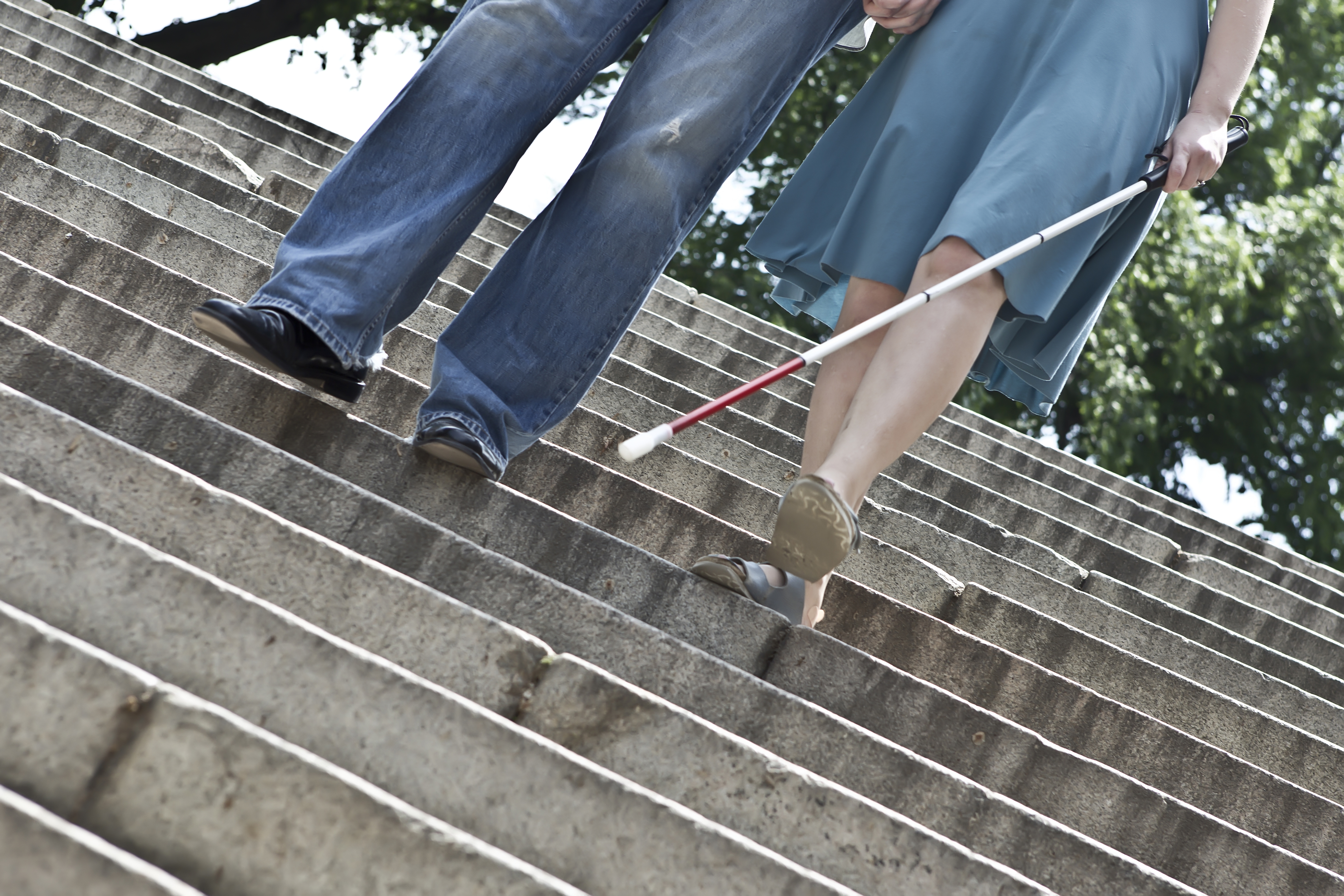 I decided after much thought that it didn’t seem to be such a smart idea to go by myself to a foreign country without some kind of adaptive aid, and while I had never seen myself as blind before, I recognized that there was the possibility that I was very much blind.

Perhaps not as blind as you expect someone with a white cane to be, but blind enough to really need it.

My grandmother took me to the community services for the blind building in Seattle, WA and I had my first orientation and mobility class. I’ve had several since, and I’m really due for a refresher. But during that session, I learned that the cane was a tool. I learned how to use it to get down stairs (one of the best things I have ever learned) and I learned that I could hold my head high while I walked down a street and could look at the people & buildings rather than the sidewalk beneath my feet. Suddenly, skyscrapers were fascinating to me.

My cane has gotten me many places, it has given me the freedom to travel by myself, the freedom to live in the city of my choosing, and the freedom to go out and date. I’d never have been able to do many of those things had the cane not been an option for me.

There are drawbacks, sure. People assume I’m faking because I have some sight (remember, a relatively small percentage of blind people are totally blind.) I’ve had people try to take it from me, I’ve had people use it as a bad pickup line, but the consensus is, the cane is good, and I’m glad to have it.