Celebrating ‘Ghostbusters’ and the Female Gaze

“Ghostbusters” is controversial. Did a disappointing trailer warrant hate for the movie? Did an all-female cast ruin the childhoods of many “Ghostbusters” fans? Will most women like the movie? I liked what I saw and found some of the movie’s flaw forgiving due to the very rare but much appreciated female gaze.

The most notable difference between this movie and most other mainstream flicks isn’t just about the cast or what they say and do: it’s about how the writers (Katie Dippold and Paul Feig) and filmmakers frame it.

What is the Female Gaze in Film?

‘Male gaze’ and ‘female gaze’ can refer to several aspects of a film. Generally, these terms define the intended audience for a movie based on how the characters are depicted and in some cases displayed. This term is unfortunately limited in that it implies a heteronormative and gender binary view. Female gaze typically indicates:

Most movies (even ones that are stereotypically ‘made for women’ such as romantic comedies) are made with the male gaze. When I encountered “Ghostbusters,” the difference was extremely noticeable.

A General Presence for Women in Movies

For IndieWire’s Melissa Silverstein, female presence on screen is revolutionary in itself and part of what we should consider when we talk about female gaze. It’s about more than films being made for us: we need films to represent us, too.

With women as the four main characters, “Ghostbusters” kills it when it comes to presence.

Beyond just experiencing the world the way a woman does or bringing up women’s issues in the context of the film (and its jokes), “Ghostbusters” offers a surprisingly realistic view. In one scene, a few of the Ghostbusters fall on their backs. Sometimes they run or walk. All of this is filmed from a practical perspective:

It may seem like an obvious way to write a script or film a scene, but it really makes me think about how women are usually filmed. They might fall on their stomachs and expose cleavage even though it would make sense that they were pushed backwards. “Ghostbusters” doesn’t have the best script, but the practical, quick approach to these simple actions tightened up the movie more than enough to save it from its weaknesses.

A lot of men really didn’t like Kevin, the character portrayed by Chris Hemsworth. Kevin is a ditzy secretary who can’t even answer the phone very well, but the women tolerate him because he’s nice. He’s also hot. I mean, he’s Chris Hemsworth. (My bias here should be obvious, but in case it’s not: I’m a huge Chris Hemsworth fan.)

This isn’t just about the preferences of women who like men, but about how the movie was filmed. There are gratuitous shots of Kevin’s arms, abs, and butt.

This probably makes some men uncomfortable: not just because society shames men for being attracted to or appreciating the bodies of other men, but because Hemsworth and his character are obviously sexualized in this parody. Because let’s be real: that happens often to women in movies. The exaggeration is beautiful and satisfying, and also enjoyable for Hemsworth fans.

If you liked to watch him getting dressed in “Thor,” you’ll really enjoy him walking away and existing and breathing in this movie.

Although these changes are significant, they aren’t reflective of Hollywood as it stands. In the previews alone, I noted that women are manic pixie dream girls, sidekicks, or supporting characters in all of the films except for the new “Bridget Jones” flick, which is advertised as centering around Jones’ pregnancy and her choice between two men. (I adore Colin Firth as Mark Darcy forever, but maybe she should select neither of them.)

While recognizing the heteronormative and gender binary bias implicit in the term ‘female gaze,’ it’s also important to look at this film’s triumphs and shortcomings when it comes to intersectionality. Kate McKinnon’s character Jillian Holtzmann is all but confirmed as gay, but sources indicate the studio pressured for a lack of confirmation in this regard.

Patty Tolan, the MTA worker played by Leslie Jones, is notably the only non-scientist of the all-female group – plus she’s the only woman of color. Bloggers identified this as problematic early on, and I’d hoped the movie would reveal that Patty was in fact a scientist or something similar. Jones had defended her character as hardworking and realistic on Twitter before she deactivated her account due to an overwhelming amount of racist tweets from trolls.

While Patty adds value to the group with her knowledge of New York City and her more decisive, pragmatic skill set, it’s a glaringly obvious racial issue that creators should have addressed prior to the movie’s release. Instead, it looks like they left Jones to do that work herself.

That says they could have done better.

Women busting ghosts is a step in the right direction, but I expect the sequel to address Holtzmann’s sexuality (or at least let her be open about her interest in women) as well as Patty’s role. The next “Ghostbusters” movie has the potential to revolutionize the meaning and application of “female gaze” in the mainstream. Let’s hope it will.

Did this movie meet your expectations? Please leave a comment and let us know what you liked and what you think could have been done better. 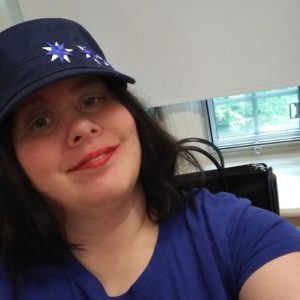 Editors Note: For more on gendered gaze in film, check out Laura Mulvey!