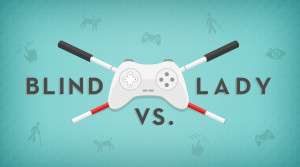 So. Normally I don’t post these until I’ve finished the game.

This time, I hit a boss level, and despite a full day yesterday of trying to beat it (and nearly throwing my DS at the wall) I am posting without having beaten the game. Much like Diablo III,  a boss was my undoing.

What’s really difficult about reviewing this game, is that while I *could* write a review ONLY about the mechanics, but what fun would it be to leave my feminist conscience locked up in a trunk and shrieking? None at all!

The game is essentially about Princess Peach rescuing her friends. In a reversal, all the people who enact the Rescue the Princess trope are now captured by Bowser. The Princess, is then gifted with a parasol.

Now, in most mario games, you have to pick up your powerups and they go away when you die. In *this* game (and I suspect this is partially to make it easier for girls. We’ll get to that in a minute.) You have powers.

Well. No. Actually, what you have are emotions.

Yes. In a game that is specifically marketed towards girls, with a female protagonist, the way that you defeat your enemies is by controlling your emotions.

So, on the one hand, the emotions were actually super useful for me because  I was able to skip things that were visually challenging for me with the “J0y” emotion, by flying over them. I was able to cry on things to make them drown, or to make plants grow so I could hop on them. There’s even a “calm” emotion in which I was able to regain HP, since I tend to die a lot in tiny screen games.

So, the emotions *were* a useful mechanic for me as a low vision gamer. But as a feminist? They rankled pretty hard.

So, not only does this game have powers, which the Mario games do not, but it also had a weapon. Princess Peach can beat the goombas and koopas down. With a parasol. The parasol acts as a vehicle, a weapon, and a submarine. The parasol is basically another character in the game, and to be frank, while I may not have loved the girliness, I have to admit that I loved the parasol. It was a nice touch, and it did provide me a little less accuracy requirement when it came to killing my enemies.

But, here’s my thing – while all of these things made the game easier for me as a disabled player, the implication is that girls need to have games *be* easier for them to enjoy and win. For example, while no other Mario game does this, in SPP there are little instructional buttons that you hit your head on to tell you how to beat bosses, and how to complete levels. And while the concept of emotions is certainly a little more complex than “jump on it”, I think most people would get the idea that you need to cry on plants or sand to make them grow or go away. Another aspect of the game which actually made it MORE frustrating were ambient effects. Poisonous fog that you have to clear by using your flight power to turn into a cyclone. Dark levels, ghosts which I could barely see, and they can’t seem to be killed. So, there were certain aspects which made the game problematic for me.

So, as a low vision gamer, this was actually mostly good – except for the bloody squid that I can’t kill. I got through all but 3 of the worlds, and I sort of wish I could get past this one.

But as a feminist? This game made me angry. 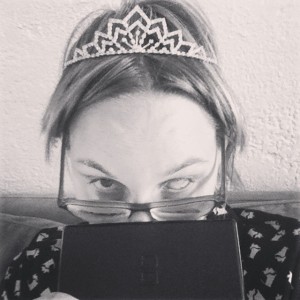