One year ago on Sunday, I married my now husband. (You can see the wedding profile on offbeat bride right here!)

I’ve been thinking a lot about what it means to be a visibly married disabled woman, and how people seem to be completely baffled by this.

In Wednesday’s post I mentioned that during the beginning of our relationship, Mr. H was told that he was such a good person for volunteering with the blind. I notice when people give us looks of “aww, how sweet is that.” I notice when people give us looks of “Why is he holding her hand?” or when they glance at us and think that we are strange. I notice these things, because even though I am blind, it doesn’t mean that I cannot see what happens around me.

I’ve been in bars since getting engaged and getting married, and have had people not believe me when I say that I’ve got a partner. Their argument isn’t that they don’t believe me because my husband isn’t there – they cite the cane as an excuse to sexually harass me into talking to them.

Because in their minds a blind woman cannot possibly be a wife.

And yes, they have children.

I think a lot of the judgement that I get from strangers isn’t about the fact that they are confused by the idea that someone loved a cripple enough to get married – I think they’re struggling with their own perceptions of what it would be like.

Many people seem concerned that there is no sex. (or how I have sex, which is none of their damn business)

Many people think we can’t have children. (as in biologically, but also legally, which is strange.)

These aren’t their reasons for not believing that we get married though – it’s because for them, they cannot see any hope in having a disability. They have cordoned us off into the realm of the hopeless. And that’s just not true.

The fact is we do see hope, because we can think of a different future. We can accept that and move forward together.

So I intend to kiss my husband in public, defy the expectations of others, and be happy in my marriage. Because when he hears something I can’t, he tells me what it was. When he sees something and I don’t, he tells me about it, and when I wear my painted shell, he tells me when it slides off course and points in a different direction.

Because I’ve got the greatest partner that any blind woman could want. 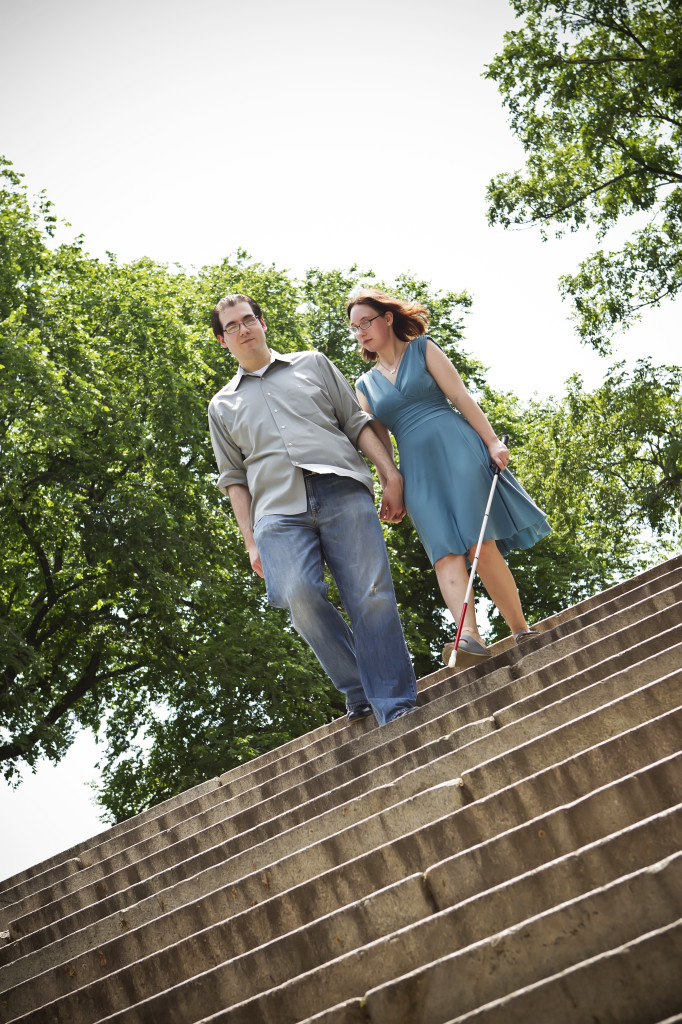