Sometimes, inventions are made because we need them – sometimes they come too late. Today I want to talk to you about an indiegogo campaign that could change a piece of rape culture – combined with another thing I’ve seen bars do. Rape culture is pervasive, and we can’t fix it all by talk. The goal is ending rape, obviously – but the baby steps that lead up to the end of rape culture are many and sundry. I think one of these steps could get funded by internet crowd sourcing. I’d like to introduce you to the Safety Cup.

Do I think this is a permanent solution? NO.  But I think that tools to stop rapists are important, and I think humane tools to stop rapists are even more important.  This is such a simple thing which bars can do to help prevent the use of GHB. Color changing straws and cups. Combine that with attentive bartenders who know what it looks like – and attentive drinkers who use it to their benefit, I think we might have a good thing coming.

The second piece to this of course, is what bars can do as bartenders and as humans. The bar “The Black Sheep” in Ashland, OR has a sign up. It reads as follows: 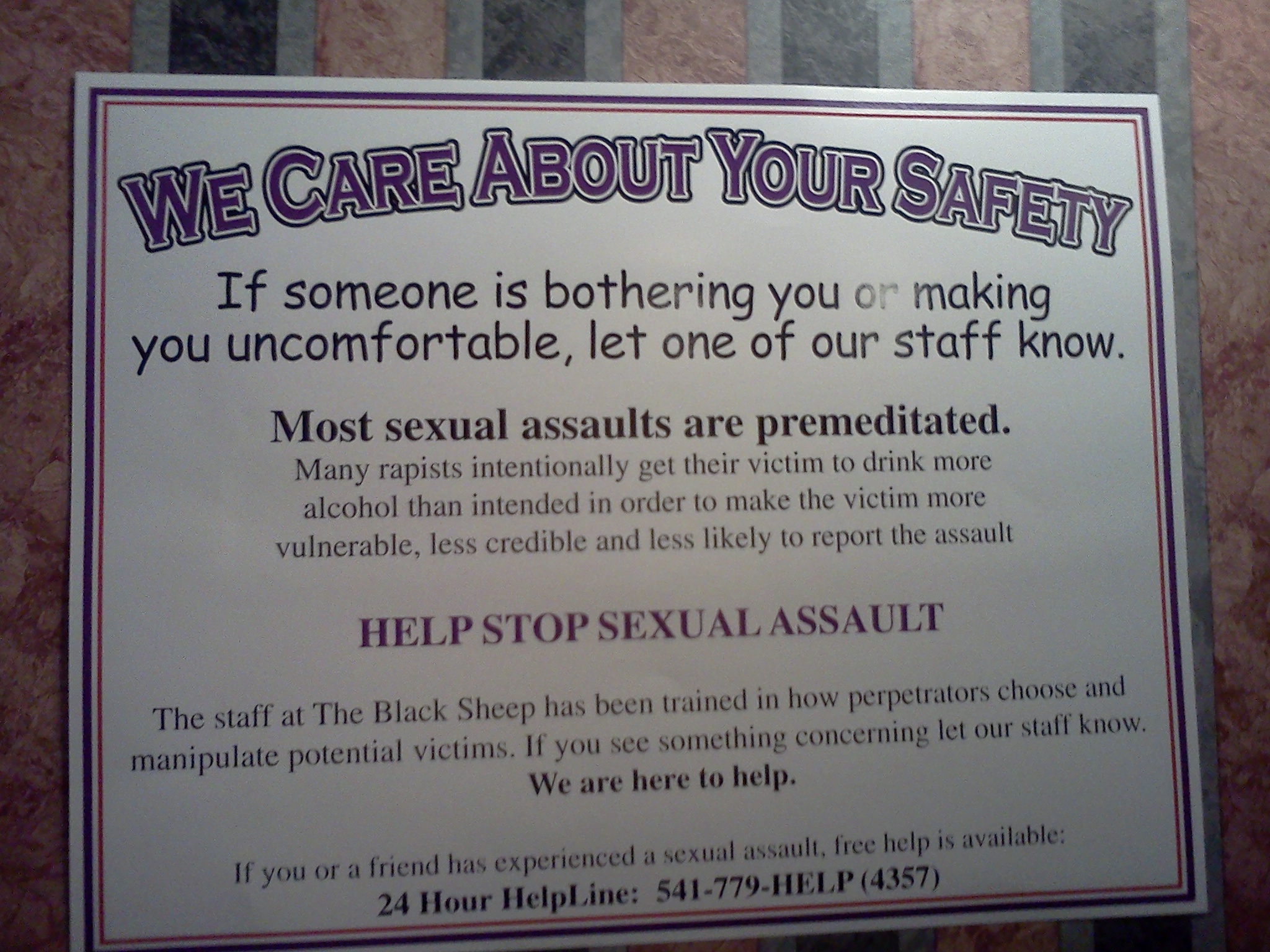 Basically, they’re offering to help keep people safe. The bar has actually had trainings to make sure that their bartenders know how to handle situations where patrons might be in danger. At my local bar in Jersey City, one of the bartenders has given me the signal where if someone is ever bothering me, she’s happy to help me get out of a nasty situation by physically removing me from it if necessary. Bartenders should be able to do this for anyone in danger. Does it make their job harder? Sure it does. But alcohol makes living safely a hell of a lot harder too. Bars can be dangerous places, but we should be able to drink in safety.

Does this mean we should stop watching our drinks or being responsible for our safety? ABSOLUTELY NOT. But focusing on what we can to protect women is a step, a seriously important one. Please fund if you can, or encourage your local bar to put up a sign like the Black Sheep’s. Focusing on the steps that lead up to the end of rape culture shouldn’t stop us from recognizing the big picture. We can’t end it in one fell swoop, but everything we do that makes it harder to rape, or harder to blame rape victims is a positive.