Last night was definitely an all around win.

We got President Obama for another four years. And in his acceptance speech he acknowledged all creeds, disabled Americans and gay voters. In other words, he recognized that his constituency is not the 47%, but 100% of the people.

In Missouri Claire McCaskill (a woman!) beat back rape apologist Todd Aiken for her senate seat. In his concession speech, Akin thanked God, who, he said, “makes no mistakes.”

In Indiana, Joe Donnelly defeated Mourdock – showing that rape is not a platform and will lose you a republican seat, even if it has been held by republicans for years on end.

In New Hampshire there is a female governor, and TWO women in the House! Which may be a record, I’m not sure.

In Colorado they voted to legalize Marijuana.

In Massachusetts Elizabeth Warren  won, which just makes me happy on principle.

In Illinois, Tammy Duckworth became the first Thai -American woman elected to US Congress. Oh, and she’s also disabled which makes it EVEN MORE AWESOME.

And then there’s my home state, Washington. We voted to legalize marijuana as well, and it’s looking pretty damn good that WA will legalize gay marriage (The governor called it last night, but hopefully it’ll be official SHORTLY)

In Maine, gay marriage was voted in, as it was in Maryland! And Minnesota voted to ban future bans on same sex marriage.
Puerto Rico voted to pursue statehood – possible 51st state! This should be an interesting thing to watch.

The evening was highlighted by firsts, and by important steps in our nation. I’m proud to say that the voters came out, and they voted for equality, and for the future.

The Moral of the Story: Stopping people from getting married isn’t something which wins approval, the war on women doesn’t make you friends, and blaming rape victims tends to make you the bad guy.

Congratulations, America. We’ve got another 4 years before this nonsense happens again.

Have a picture of a kitty, you deserve it: 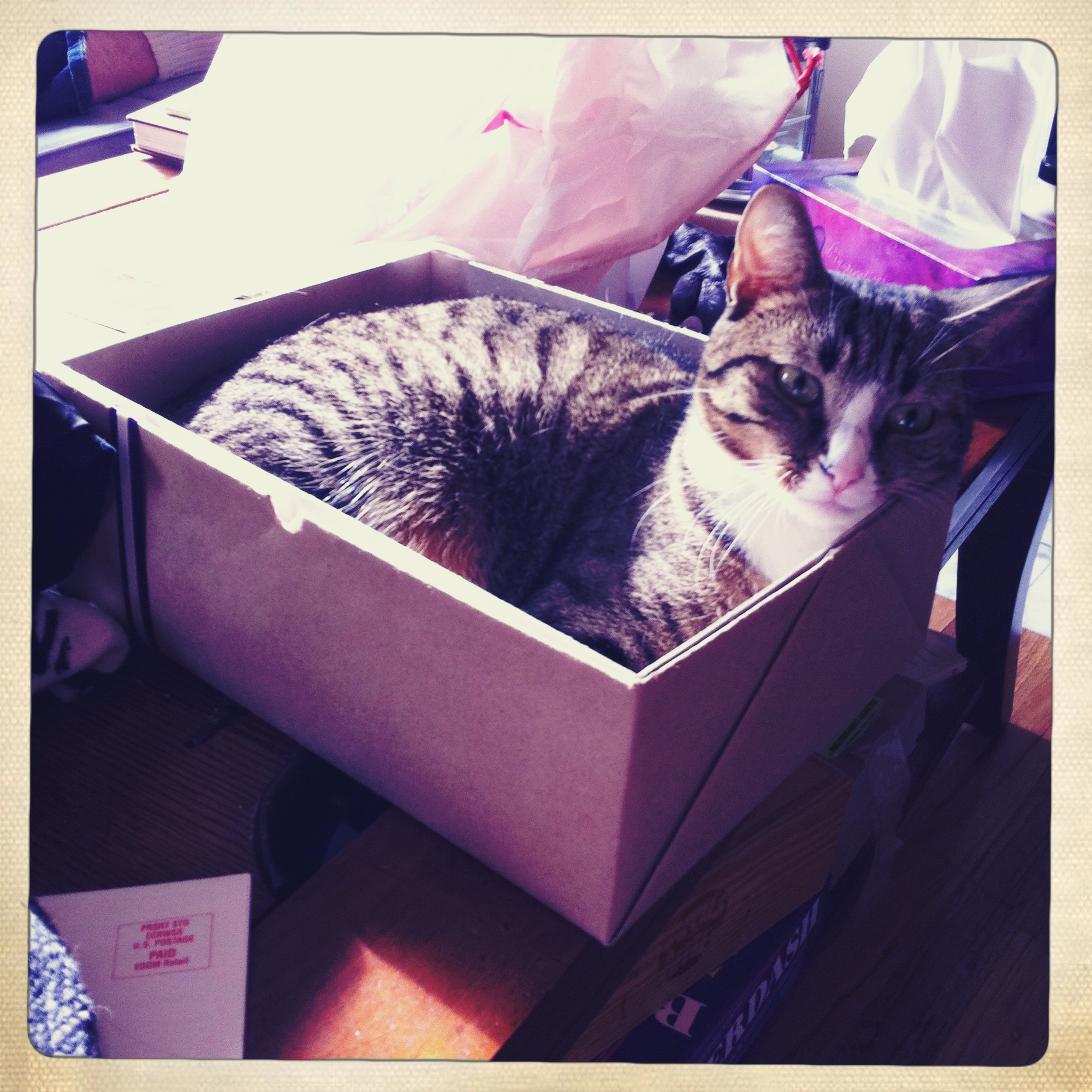 Kitty in a (ballot) box